The Byte Format of the OTUk Frame

Figure 1 presents an illustration of the byte format for the standard ITU-T G.709-compliant OTU Frame. 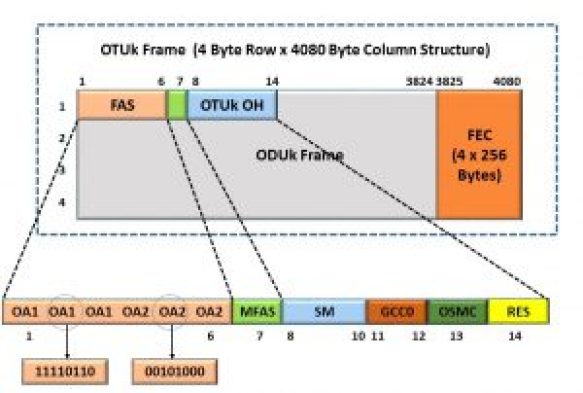 Figure 1, Illustration of the Byte Format of the ITU-T G.709-Compliant OTU Frame

Please note that all OTU Frames (whether it is an OTU1, OTU2, OTU3 or OTU4 frame) are all the same size and therefore, each frame has exactly 16,320 bytes.

The Fields within an OTUk Frame

Some of the fields in the OTUk frame have the following labels.

I will briefly define each of these bytes below.

The Framing Alignment Signal field occupies the first 6 bytes within an OTUk Frame.

The first three bytes (which are sometimes called OA1) each have the fixed value of 0xF6.

The remaining three bytes (in the FAS) are sometimes called OA2, and each has the fixed value of 0x28.

The purpose of the FAS bytes is to provide the remote receiving OTN terminal with this fixed pattern so that it will “know” that it is receiving the first bytes of a new OTUk frame.

Whenever the Receiving OTN terminal receives data with this particular pattern, then it “knows” that it is currently parsing through the beginning of a given OTUk frame.

The Receiving OTN terminal will rely on these FAS bytes to acquire and maintain framing alignment/synchronization with the incoming stream of OTUk frames.

The MFAS byte occupies the 7th byte within an OTUk frame and “resides” immediately after the FAS bytes.

Unlike the FAS bytes, the value of the MFAS byte is not fixed.  A given OTN Terminal will transmit OTUk frames in groups of “Multi-frames.”

Each of these groups of multi-frames consists of 256 consecutive OTUk frames.

Whenever an OTN terminal transmits the first OTUk frame (of a given Multi-frame), it will designate this particular frame, as being the first frame by setting its MFAS byte field to 0x00.

When the OTN terminal transmits the next OTUk frame, it will then set the MFAS byte (within that particular OTUk frame) to 0x01 and so on.

As the OTN terminal transmits each OTUk frame, it will increment the value of which it will assign to the MFAS byte field, until it reaches the value 0xFF (or 255 in decimal format).

The OTN terminal will then start over with transmitting a new multi-frame and will set the MFAS of this next OTUk frame to 0x00, and the process repeats indefinitely.

The MFAS is a useful byte for a receiving OTN terminal to keep track of because there is other data (such as the TTI – Trail Trace Identifier message – that is transmitted via some of the other overhead bytes across multiple OTUk frames).

This data (or multi-byte messages)  will be aligned with the MFAS byte as it is being transmitted out onto the network.